By now, you’ve probably heard news about the AMG Capital Management, LLC v. FTC case. If not, we have a quick recap below. This isn’t a breaking news story or legal banter about regulatory changes and related directives or future directives. Rather, we’re looking at this case and how it potentially affects you, a merchant.

Over the past few months, the FTC has been sending notices to traditionally high-risk businesses across the states, regardless of whether they deal with loans or financial services. Should you be worried? Are you wondering what’s going to happen to your business? Do you even know or care about what’s going on? You should care, but you shouldn’t necessarily worry. Using some industry expertise, here’s a bit of insight into the matter.

If you haven’t been keeping up, the AMG case against the FTC was a big deal for several reasons. Here’s a quick summary to get you up to speed.

First, the case is regarding Scott Tucker and his businesses, which includes AMG Capital Management, LLC, about deceptive payday lending. So if you’ve been ignoring this case thinking it won’t affect you and your high-risk business is in the finance sector, then you should study up to fortify yourself against any potential downfalls.

Second, the complaint against the FTC is not just about a scammer wanting to run off with “their” money. It’s a real challenge to the FTC’s authority, which has previously been something of an unstoppable force when it came to punishing businesses in a monetary sense.

To go back just a few steps further, this case started because AMG was ordered to pay $1.27 billion for deceptive practices, but the FTC sought equitable monetary relief after the Ninth Circuit affirmed the District Court’s ruling in Washington, D.C. AMG wanted to check the FTC’s authority in making this move by taking it way up to the Supreme Court.

Historically, the FTC used Section 13b of the FTC Act (Federal Trade Commission Act; FTCA) conservatively, stating in a 2003 Policy Statement, that restitution and disgorgement are not “routine remedies for antitrust cases”. But then in 2012, they retracted that policy. In summary, the section focuses on prospective relief, not retrospective relief.

That’s exactly what the Supreme Court of the United States (SCOTUS) ruled, unanimously voting against the FTC commissioners. The US supreme court’s decision was that the FTC was using Section 13(b) in recent years to punish harmful businesses though the term “preliminary injunction” found in that section does not refer to monetary relief. Instead, the FTC’s ability is to seek injunctive relief like temporary restraining orders, administrative proceedings that aid preliminary injunctions, or even permanent injunctions in proper cases. And they often obtain billions of dollars in monetary remedies. We should note that there’s also Section 5(I) and Section 19 that provide equitable remedies including refunds and returns.

Obviously, scamming consumers during something as terrible as a pandemic is something no business owner should do. For that reason alone, the FTC’s enforcement actions are understandable. But, playing devil’s advocate a little, he FTC’s power and authority were abused regarding how businesses are punished. Sure, that punishment hastens the refund of money and property for consumers, but the argument we have now is if one agency should hold all of the power or if it should be broken up. Many consumers rely on such relief, but it’s also possible to obtain it through proper cases.

The argument is now politically charged: democrats want to undo federal court’s ruling through Consumer Protection and Recover Act; republicans want the FTC permanently stripped of this type of power. While Section 19 and 5(I) exist, they aren’t fast-acting enough to benefit consumers and prevent them from spiraling downward further into debt.

And consumer debt is no good thing for merchants (unless you’re a payday loan provider). You need consumers to have active credit cards, funds in their bank, and a willingness to spend freely to keep your online businesses running.

What You, as a Merchant, Can Expect in the Coming Months

You don’t need to be part of the political debate. That’s just a taste of what’s happening now regarding the case in terms of government officials. What you should do now is expect a big fat letter to show up in your mailbox from the FTC.

The FTC lost and they’re mad about it. To prove they’re still an all-powerful agency, businesses in high-risk industries have been receiving cease and desist orders in via snail mail. It feels more official and threatening that way.

Businesses that sell money-making opportunities have recently been targeted. This feels the most fitting, seeing that they lost against AMG, a company that handed out payday loans (i.e., dealt directly with consumer money). They want you to know they’ve got a watchful eye on you and your “scam” business.

But is your business actually a scam? Can your previous and current customers vouch for you through ratings and testimonials? Do you have a real product/service that works?

If the answer is yes, then you have nothing to worry about. Expect a letter, but don’t let it scare you.

The same is happening for dietary supplement sellers. They’re on the hunt for businesses in high-risk industries because these industries are linked to higher fraud rates. That also makes a lot of sense. Why would they go for low-risk businesses?

Again, is your supplement business a scam? Are you honest with your products’ ingredients and expected outcomes? What do subscribers have to say about you?

Being bitter about losing a case and sending out threats is a childish reaction for an agency that’s been around since 1914. But there is some benefit to their actions. The letters they’ve been sending out haven’t been entirely empty threats. Those dietary supplement sellers were required to submit a response within 15 days.

The request weeds out sellers who aren’t operating up to legal par. Also, it’s not only coming from the FTC. It’s a join effort from them and the FDA. Supplement sellers need to be FDA-compliant in order to sell their goods. Part of that compliance involves adhering to the FTC’s strict outline for product descriptions and labeling. Essentially, supplement sellers cannot claim a product absolutely does something unless it’s gone through clinical trials and the drugs involved are approved. Sellers who make too grand of claims in the marketing are coming under fire.

Knowing this, now is the time to make sure you aren’t saying anything absolute. We aren’t guaranteeing that you’ll get a notice in the mail, but if you do, you want to be prepared to respond without panic.

Other industries might be next. This is speculation now, but we expect the coaching and advice (e.g., business, fortune-telling, non-therapy advice, etc.) industries to come under fire soon, too. These industries are particularly vulnerable to poor community reputation because the outcome of service is entirely dependent on how receptive the client is. In this age of COVID where government agencies are cracking down on scammers and fraudulent business practices, those are two industries that might want to be on the lookout.

None of this means that your business in particular will be notified, penalized, or shut down. If you’re operating legally and staying on the legal level, then there won’t be an issue and you can continue doing business as usual. We aren’t trying to scare you into panicking until the next FTC overhaul.

We prepare high-risk businesses every day with the information and tools they need to meet strict regulation through industry expertise and consultations. If you have a question, speak with our high-risk merchant account representatives to clarify any issues you have and, of course, get set up with payment processing built for your industry.

The FTC is ramping up to dole out civil penalties via the Penalty Offense Authority that hasn’t (yet) passed through congress, but it’s looking more and more likely. Afterall, lawmakers did slip in a civil penalty for COVID scammers into one of the more recent stimulus bills.

High-risk merchant accounts from DirectPayNet help mitigate chargebacks and fraud, which keeps you out of the line of fire from the FTC. If fraud is what they’re after most right now, then don’t give them any fuel for the fire. Speak with us today and sta 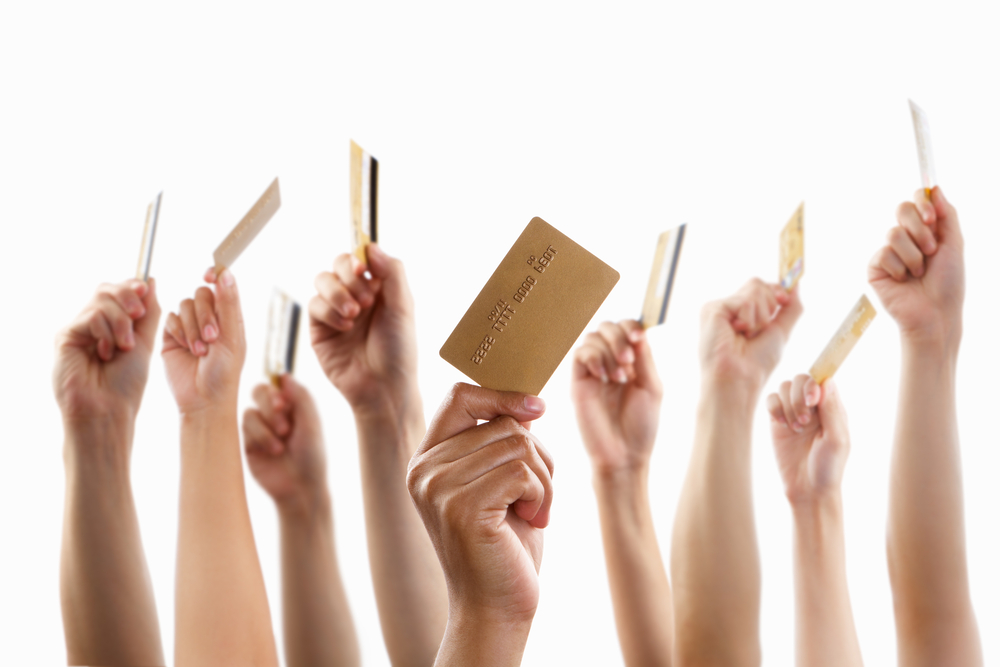 The TRUTH About Payment Gateways – Are You Using the Right One? 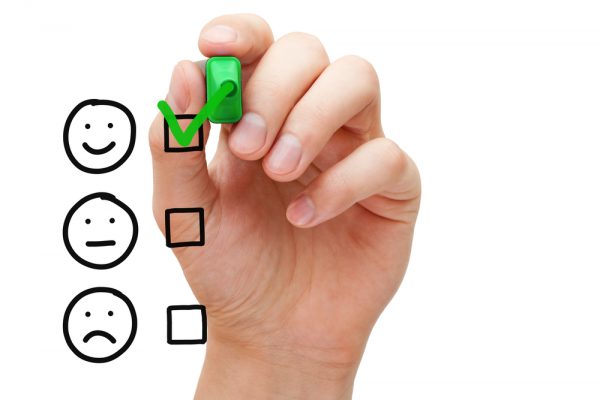 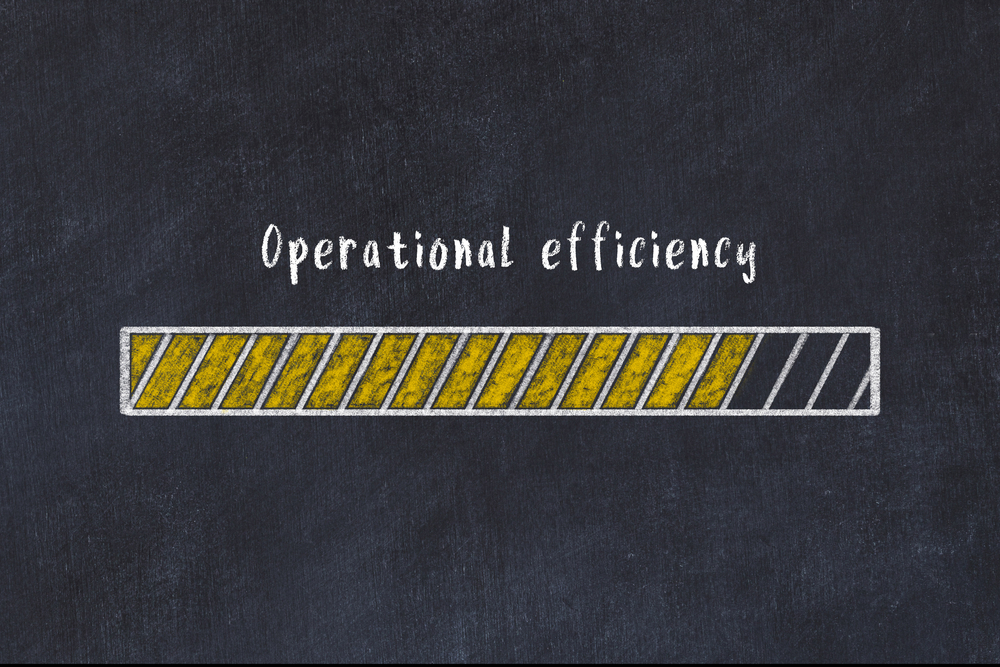 5 Tips to Maximize Operational Efficiency for Your Online Store